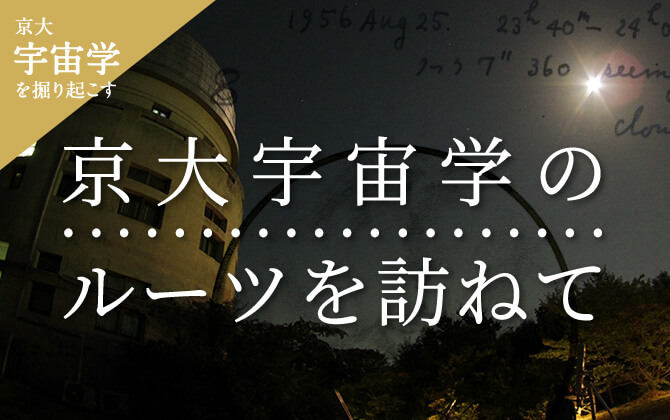 Birth of the Department of Astronomy

Space-related research has been ongoing for more than a century at Kyoto University, where researchers are today working across disciplinary boundaries to build on this tradition to pioneer a new field: uchu sogo gaku, or "synergetic space studies".

The origin of KyotoU space science research can be traced back to a 1918 astrophysics course taught by Professor Shinzo Shinjo, who later became the University’s eighth president, at the Department of Physics. Shinjo had discovered astrophysics, a branch of astronomy that incorporates elements of physics, while studying in Germany, and decided to bring it back to Japan.

The fact that Professor Shinjo’s course was in astrophysics, rather than astronomy, seems to epitomize Kyoto University’s traditional attitude toward research and education, notes Professor Kazunari Shibata, former head of the Astronomical Observatories at the Graduate School of Science. "Ever since its founding, our University has always emphasized pure and fundamental research, which tends to be of little immediate use. I would imagine that the Department of Astronomy, established in 1921 based on Professor Shinjo’s work, embodied this spirit as well." 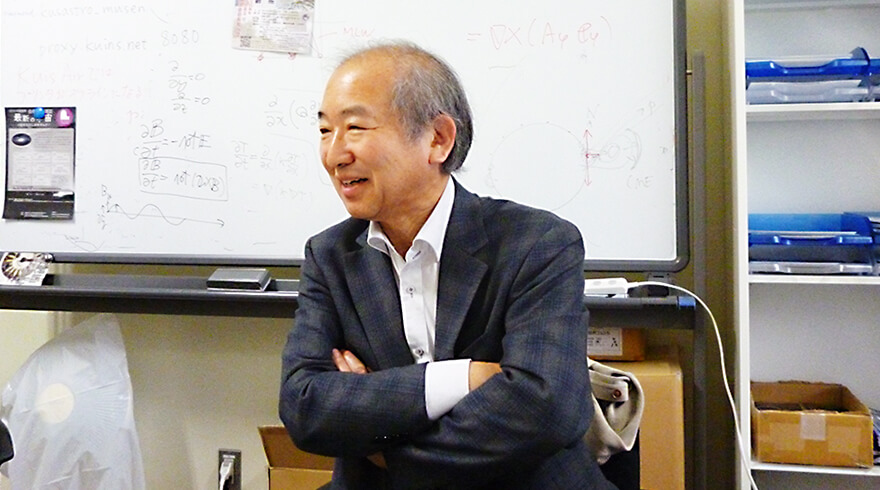 In 1929, at the initiative of Professor Shinjo, Kyoto University established its first astronomical observatory on the Higashiyama mountain range, in the town of Yamashina in Uji-gun (present-day Yamashina-ku), Kyoto. The Kwasan Observatory, as the facility was named, housed a refracting telescope that at the time was the largest in Japan. "There are so many stars in the universe. Observing them will definitely require the support of our local community," argued Professor Issei Yamamoto, the observatory’s first director. Based on this understanding, Kwasan researchers vigorously promoted amateur astronomy, until their facility came to be known and loved as the "holy site for amateur astronomers" that it is today.

At the same time, the Kwasan Observatory has played a role in a number of internationally recognized scientific achievements, including Professor Shotaro Miyamoto’s discovery of easterly winds on Mars (1956), considered one of the earliest milestones in Martian meteorology, and Department of Physics Professor Chushiro Hayashi’s theoretical model of how the solar system and planets were formed (the "Kyoto model"). What is remarkable about Professor Miyamoto’s achievement is that, due to limited funding, he made his observations with the naked eye, and recorded them by way of sketching, just as an amateur astronomer would have done.

Sketches of Mars by Professor Miyamoto

In 1968, Kyoto University opened its second astronomical observatory in the Hida region of Gifu Prefecture. In 1979, a world-class solar telescope was installed at this facility, which turned it into an international base for sun-related research. In 2018, another KyotoU observatory began operations in Okayama Prefecture, which boasts the finest weather in Japan. This latest KyotoU observatory features the 3.8-meter "Seimei" infrared telescope, the largest in East Asia. Seimei derives its high optical performance from its segmented main mirror, comprised of numerous fan-shaped pieces, the manufacture of which required a world’s-first grinding technique developed by a very small team of KyotoU researchers. "Making the tools we need by ourselves, so that we can pursue our objectives regardless of financial circumstances — this, in a sense, is very typical of our University," remarked Professor Shibata.

Pursuing pure scholarship with a resolute will, and involving the local community in advancing research — this seems to be an enduring feature of KyotoU uchu-gaku (space studies). 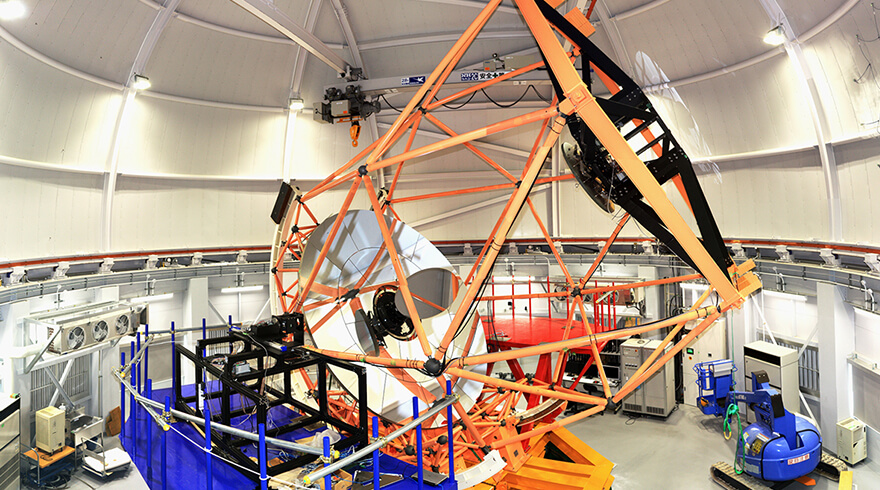 Kyoto University would like to ask for your help in ensuring that its space studies research will continue to evolve based on unique ideas, unconstrained by external factors. The following are donation opportunities related to this article, and the University would be most grateful for your consideration of its request for support.