HOME > Rediscovering KyotoU > Discoveries from the Kyoto School of Philosophy

Implementation of the Humboldtian Model

Study of the humanities at Kyoto University began in 1906 with the establishment of the College of Letters, the predecessor to today’s Faculty of Letters; the study was unique and symbolic of the Kyoto University way, and here, we look back at its history.

The first dean of the College of Letters, ethicist Kokichi Kano, was known for his unshackled personnel policy, including his hiring of individuals such as novelist Rohan Koda and journalist Konan Naito, neither of whom graduated from university. He also implemented the so-called Humboldtian Model, which advocated study-centered learning, based on seminars and autonomous study. At the time, this educational model was still new, having only recently been implemented at universities in Germany. The predecessor to today’s Faculty of Law, the Imperial University’s College of Law, was the first to apply the system in Asia, and the College of Letters quickly followed suit.

Professor Yasuo Deguchi of the Graduate School of Letters says, "The new system allowed students to come and go between classrooms to pick up reading material as they pleased. Not only were students encouraged to attend lectures, the University treated them as autonomous researchers, and this is how students grew." 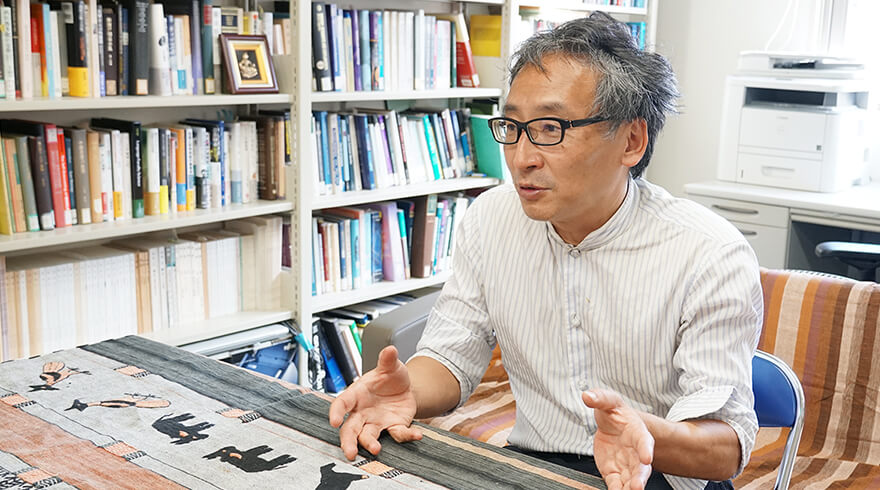 Professor Deguchi explaining the roots of the humanities at Kyoto University

The Kyoto School of Philosophy and its outstanding achievements

In 1910, Kitaro Nishida was appointed as assistant professor of ethics. Beginning with An Inquiry into the Good in 1911, from 1914 onwards — when he became professor of philosophy — Nishida would go on to achieve many outstanding feats. He also invited such prominent figures as Seiichi Hatano, Hajime Tanabe, and Tetsuro Watsuji to join the faculty. Kitaro Nishida — one of Japan’s leading philosophers, and the founder of the Kyoto School

Inspired by a first-class faculty and their advocacy of study-centered learning, as well as the charm of Kitaro Nishida, scores of excellent students flocked to the Department of Philosophy. It was Nishida, his fellow faculty members, and their superb pupils, that launched the Kyoto School of Philosophy. This school was the springboard for a diverse range of philosophy talent, such as Shin’ichi Hisamatsu, Keiji Nishitani, Kiyoshi Miki, Jun Tosaka, Torataro Shimomura, Junzo Karaki, Tatuso Hayashi, and Teiyu Amano.

Professor Emeritus Masakatsu Fujita, an expert on the life of Kitaro Nishida, says the defining features of the Kyoto School stem from the importance it places on "Selbst denken" — a German term meaning "independent thinking" — and the mutually influential relationship between teacher and pupil.

He says, "The Kyoto School was an ‘intellectual network’ that went in search of the truth through independent thinking and mutual criticism. It is perhaps precisely because of this that it was able to achieve such magnificent things." 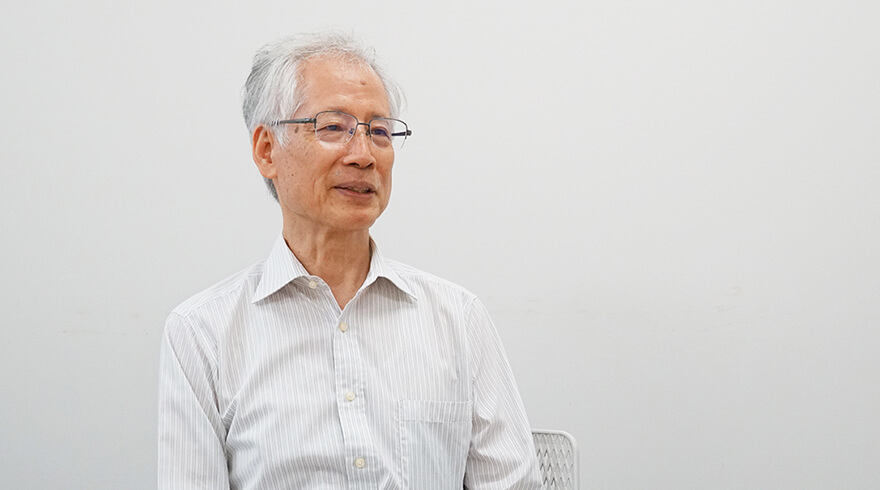 Nishida Philosophy — mining for the truth

Nishida believed that reality is constantly changing, and that the only way to understand this dynamism is to "become an object and comprehend the world from the inside." Nishida’s way of thinking would go on to greatly influence various academic disciplines.

Kinji Imanishi, ecologist and primatology pioneer, for example, examined Nishida’s idea that the workings of life forms and their environments are dialectically the same. From this, Imanishi understood that nature was an organic whole, and formed his own theory of evolution, one entirely different to that of Charles Darwin.

Nishida’s creativity has inspired the intellect of diverse individuals from various generations and countries. More recently, interest in his philosophy is even said to be increasing overseas. In fact, Nishida’s so-called oriental way of thinking is expected to help find solutions to problems that have escaped conventional Western disciplines and cultures.

Nishida once described himself as a mere miner — indeed, he was unmatched when it came to carrying out the heavy work of digging the mines of intellect for unknown "ores". The humanities at Kyoto University are defined by this pioneering ethos — mindsets that are dissatisfied with conventions and that generate new ideas through flexible thought. 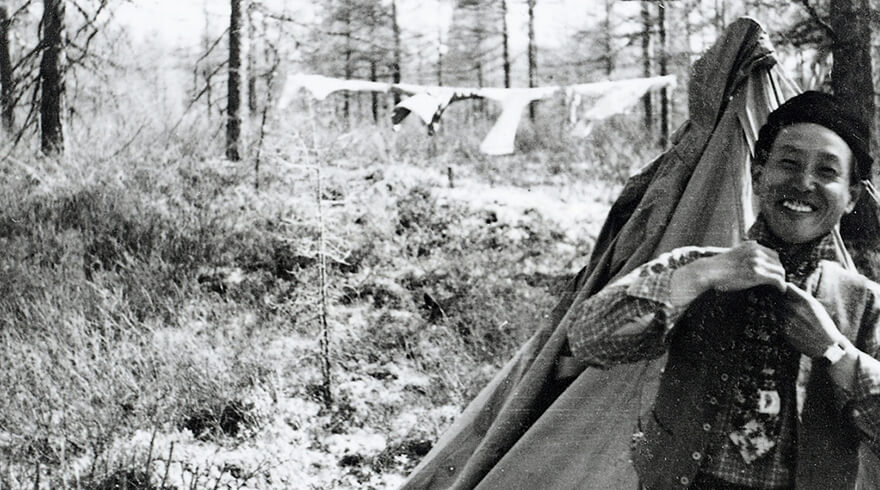 Kyoto University would like to ask for your help in ensuring that its humanities scholarship will continue to evolve based on unique ideas, unconstrained by external factors. The following is a donation opportunity related to this article, and the University would be most grateful for your consideration of its request for support.