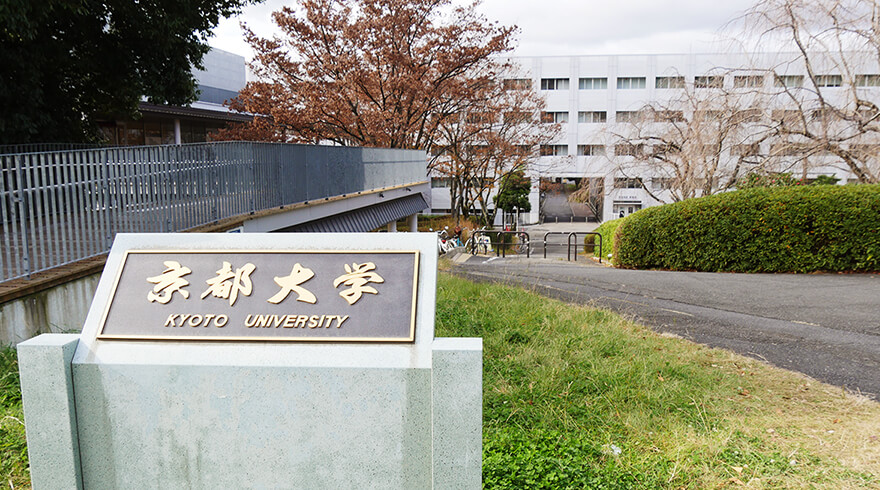 It was Toshi Shida who, with his 1924 course on geophysics, laid the foundations for disaster prevention research. In addition to his research on Earth tides, which led to his world-famous announcement of the Shida-Number, in the 1920s he went on to open the predecessors to the Institute for Geothermal Sciences, the Aso Volcanological Laboratory, and the Abuyama Observatory. 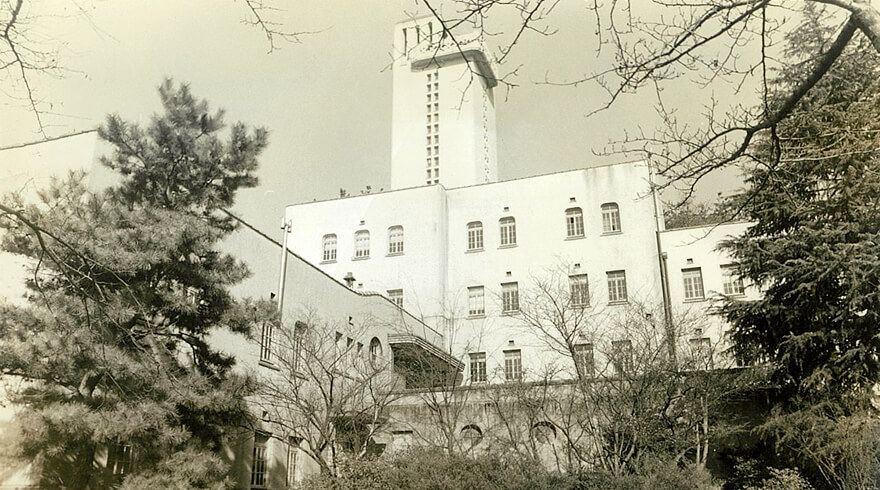 KyotoU as an observation expert with first-class experimental facilities

Following the Second World War, Kyoto University quickly began promoting joint research to prevent and mitigate the effects of natural disasters. Based on its successes, in 1951 the University established the Disaster Prevention Research Institute (DPRI), a dedicated institute for comprehensive, organized research into distaster prevention. Professor Manabu Hashimoto, director of the institute, says "At the time, there was no other institute that covered meteorological disasters, flooding, and landslides in addition to earthquakes." 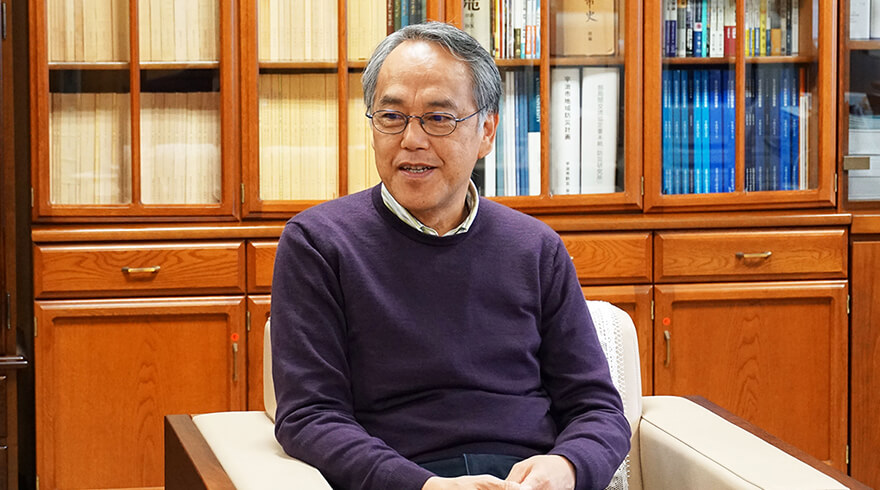 In line with national policy, the institute intensively worked on improving, and increasing the number of, recording sites in west Japan. Today, DPRI collects seismometer data in real time from its approximately 40 sites and 1,000 others through satellite communications and the internet.

"We pride ourselves on being an expert on observation, and are daily collecting data from our own observation sites, recognizing it as a fundamental aspect of disaster prevention research. We now have nearly 100 years of accumulated data, which are available to researchers worldwide."

In addition to observation, "constantly returning to the recording sites" is a key aspect of research at DPRI. Now, as calculating capabilities have improved, it is possible to carry out precise computer simulations using numerical data from recording sites. On the other hand, analogue simulations are also key. The institute established the Ujigawa Hydraulics Laboratory in 1953 (currently the Ujigawa Open Laboratory), and has since been working on expansions and improvements to develop it into Japan’s top experimental facility. Experimental environments such as this have led to a great number of accomplishments, including the development of methods to predict strong shakes during earthquakes, and a smartphone app for tsunami evacuation training. In the latter half of the 1980s, DPRI began promoting joint research between science and engineering and the humanities and social sciences, while it also started investigating large-scale disasters and the regional characteristics of affected communities. Following the Great Hanshin Earthquake of 1995, in response to calls for comprehensive disaster prevention study covering the humanities, social sciences, planning sciences, and crisis management, the institute established the Research Division of Disaster Management for Safe and Secure Society and the Research Center for Disaster Reduction Systems.

"Disaster prevention study is a trans-science — that is, a scientific study dealing with problems that can’t be solved through science alone. While considering how to incorporate the public’s anticipated responses into countermeasures, it has become more and more important to involve communities in our research." (Director Manabu Hashimoto)

In 2010, the institute was authorized as a Joint Usage/Collaborative Research Center for Multidisciplinary Disaster Prevention Study. It has since been promoting joint research within Japan and with overseas partners, while also accepting students from abroad.

Regarding the future of DPRI, Director Hashimoto says : "Researchers must work to discover ‘seeds’ in society, and undertake interdisciplinary research driven by these ensuing needs." With an extensive history, the institute is expected to lead global disaster prevention research for many years to come.

Kyoto University would like to ask for your help in ensuring that its disaster prevention research will continue to evolve based on unique ideas, unconstrained by external factors. The following is a donation opportunity related to this article, and the University would be most grateful for your consideration of its request for support.