In wildlife research, Japan was long regarded as lagging the West. In recent years, however, the scope of wildlife research conducted in Japan has substantially expanded, with more and more institutes being established to advance the discipline. Among the organizations leading this development is Kyoto University’s Wildlife Research Center (WRC), founded in 2008. Then-President Kazuo Oike asked: "Why is it that we have a botanical garden and aquarium, but not a zoological garden?" KyotoU was the first Japanese university to pursue primatology, thanks to the work of Kinji Imanishi, Junichiro Itani, and other pioneers. WRC builds on the tradition of fieldwork forged by these researchers, with a mission to undertake interdisciplinary research combining the life sciences and numerous other fields, and to collaborate with zoos and aquariums in research and contributions to society.

Center Director Professor Miho Inoue-Murayama, states: "Large mammal research is extremely vital to wildlife conservation, because these animals are an indicator of habitat quality, including for other species. However, due to their low population density and the difficulty of keeping a large number of them at a single facility, our research has always been rather slow to progress."

Overcoming these hurdles clearly requires collaboration with zoos and aquariums, and WRC thus began work with two partners — the Kyoto City Zoo and the Higashiyama Zoo and Botanical Gardens, Nagoya — and has since established collaborative agreements with several other institutions for joint research and cooperation. The center is continuously expanding its circle of connections, focusing on projects of potential benefit to zoos and aquariums, such as those related to rearing and breeding. 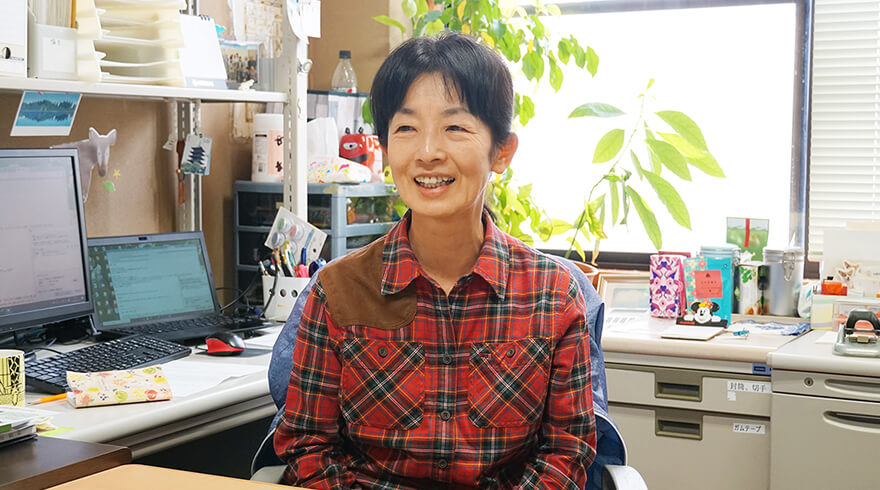 Research at WRC is extremely diverse, ranging in approach from fieldwork in wildlife habitats in Japan and overseas to surveys on captive creatures. Some of the findings from these efforts have garnered widespread domestic and international attention. Within Japan, for example, a WRC study predicting that the Japanese golden eagle would become extinct in about 160 years prompted a reevaluation of breeding plans. In the Amazon rainforest, the center has built a field museum as a hub for environmental education and ecotourism, among numerous other examples.

One notable feature of the Wildlife Research Center is that its researchers study their subjects from multiple perspectives, including animal behavior, DNA, and breeding. This is made possible by a system where fieldwork and lab work are seamlessly connected to enable comprehensive, macro- to micro-level analyses. This approach is anticipated to shed new light on creatures such as the snow leopard, Tsushima leopard cat, and golden eagle. 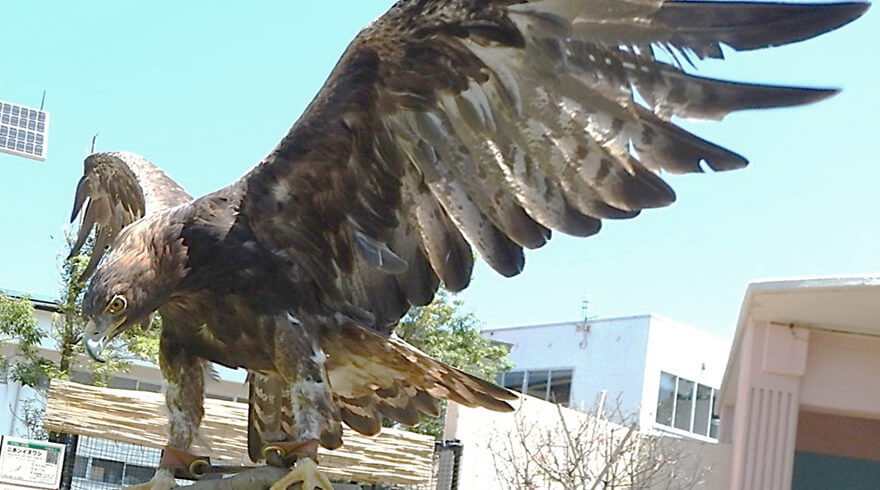 The Japanese golden eagle, one of Japan’s largest predatory birds, is another focus of research at WRC

WRC runs a wide range of research facilities. The Koshima Field Station in Miyazaki, for example, is focused on Japanese macaques; at the Yakushima Field Station in Kagoshima, surveys are conducted on Yakushima macaques, Yakushima deer, and other species; and the Kumamoto Sanctuary raises chimpanzees. Outside of Japan, WRC is setting up on-site labs for additional surveys.

In 2011, the Wildlife Research Center was designated by the science ministry MEXT as a Joint Usage/Research Center, becoming the first wildlife research organization to obtain the designation. It has since been supporting the work of external researchers as well as collaborative projects involving its own members, thereby establishing itself as a major platform for wildlife research. 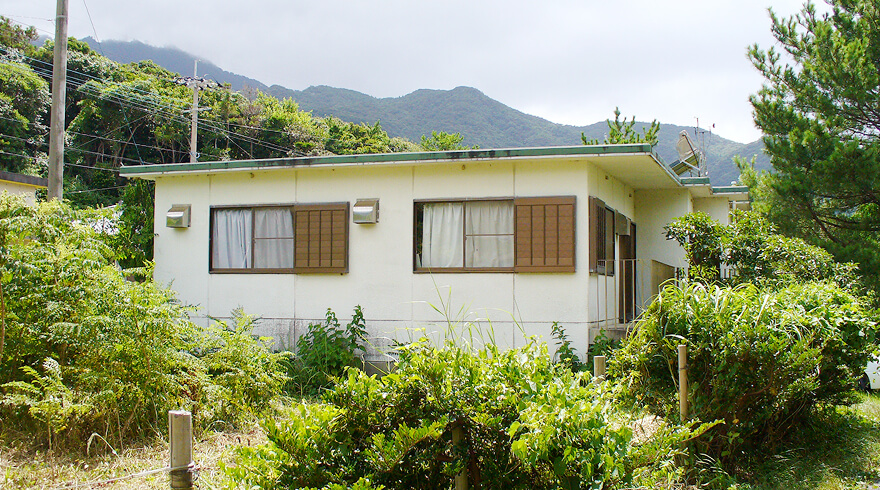 Yakushima Field Station, maintained and managed by WRC since 2008

To share its findings with society, WRC hosts a Zoo and Aquarium University Symposium Series in collaboration with partner institutions. These events are open to all members of the general public, and feature presentations on research findings as well as on animal welfare and conservation activities. Outside of Japan, the center is leading the Grasscutter Keeping Project in Ghana, aimed at securing animal protein, enhancing livelihoods, and protecting the environment, including for wild animals, through the domestication of a large wild rodent, the grasscutter, for livestock purposes. 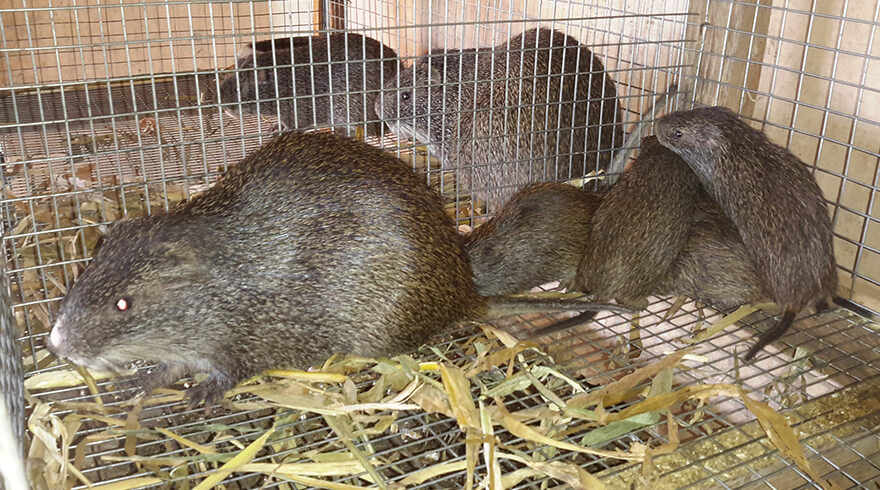 "Wildlife research, especially when the issue of conservation is at stake, is not just about the animals themselves, but also about the people living in the surrounding environment. So we must work with all stakeholders, and together consider how humans and wild animals can coexist, and what actions we need to take." — Professor Inoue-Murayama

The Wildlife Research Center aims to further expand its collaboration with external partners, including users of its Joint Usage/Research Center functions, and researchers from other disciplines. Supported by Kyoto University's academic freedom and embracing its pioneering spirit, the interdisciplinary network that has been expanding around WRC is anticipated to consistently produce unique research to share with the world.

Kyoto University would like to ask for your help in ensuring that its wildlife science will continue to evolve based on unique ideas, unconstrained by external factors. Below is a link to a donation opportunity related to this article, and the University would be most grateful for your consideration of support.