HOME > Rediscovering KyotoU > Generating a virtuous circle of quality: The strength and potential of mathematics

Kyoto University’s Research Institute for Mathematical Sciences (RIMS) is Japan's only institute engaged in leading-edge research in all areas of mathematics and mathematical science, covering both pure mathematics and practical applications. RIMS was established in April 1963 as a university-affiliated center for joint usage and joint research, to be used by researchers from all over Japan for a wide variety of projects. It was conceived in light of the growing importance of mathematical science to Japan's postwar industrial revival, and had the goal of freeing researchers from the limitations of individual universities. After more than 50 years of achievement, RIMS is today internationally recognized as a world-class institute. RIMS has led Japan's mathematics research over the past decades by producing numerous achievements of global significance. In the field of algebraic geometry, Professor Emeritus Heisuke Hironaka and Distinguished Professor Shigefumi Mori, the latter of whom is director-general of the Kyoto University Institute for Advanced Study (KUIAS), were both awarded the Fields Medal, in 1970 and 1990, respectively. The late Professor Emeritus Kiyoshi Ito pioneered stochastic analysis, and received the Carl Friedrich Gauss Prize in 2006 for this achievement. Notable scholarly contributions were also made by Professor Emeritus Mikio Sato, who with his disciples — including Professors Emeritus Masaki Kashiwara and Takahiro Kawai — pioneered algebraic analysis and established new areas of mathematics research. The late Professor Emeritus Masatake Mori, meanwhile, is known for his seminal work in numerical analysis. 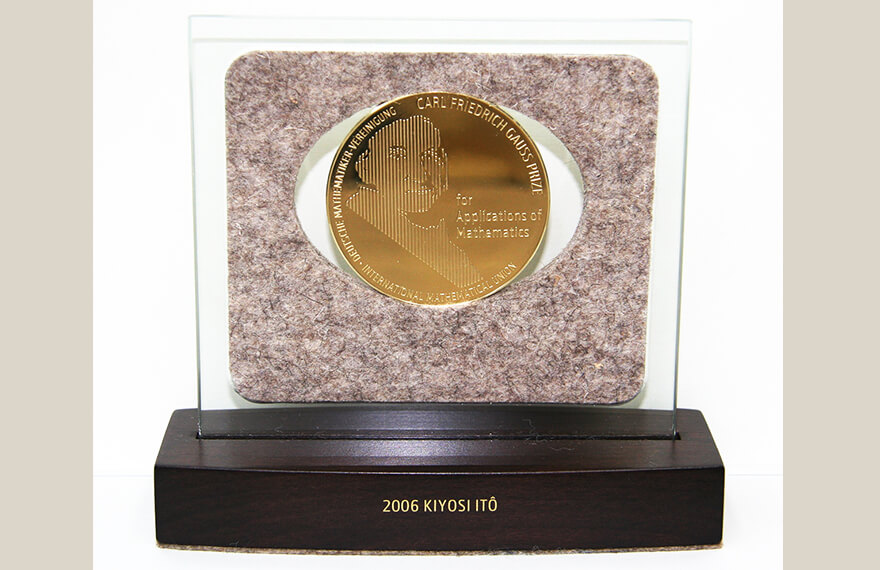 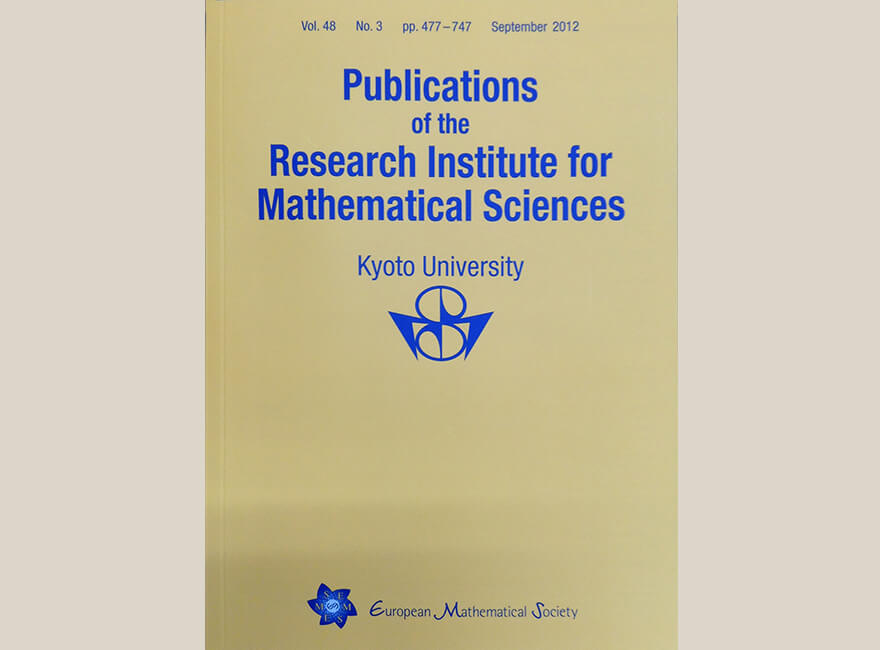 RIMS’ excellent record over the years can be attributed in part to its "keen focus since its founding on maintaining an optimal research environment for its members," according to former director, Specially Appointed Professor Michio Yamada.

"The most important thing in mathematics research is to think. A tradition at RIMS has been to put primarily older professors in charge of non-research duties, thereby affording young assistant professors and associate professors more time to quietly concentrate on their research."

"We also are very careful about what kind of people we accept at the institute," says the current institute director, Professor Takashi Kumagai. "We are constantly collecting information, broadly surveying the field of mathematics both domestically and internationally, and anyone that we consider essential to have with us, we immediately bring in." 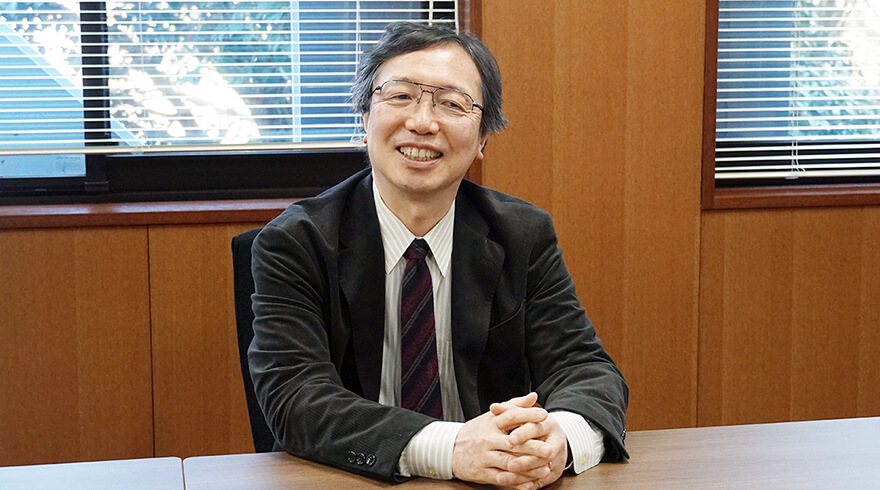 In mathematics research, fruits are often borne through face-to-face discussion, where high-caliber researchers come together and toss ideas back and forth. Since its founding, RIMS has been promoting such interactions as part of its role as an open laboratory, visited by mathematics researchers from all over Japan for joint research. The institute annually hosts approximately 80 collaborative projects, involving about 4,000 visiting researchers, 500 of them from outside Japan.

Key activities in this regard include the RIMS Research Projects for visiting researchers. Each project consists of a number of joint research activities, such as open workshops and seminars, conducted on a single topic, with world-class researchers in the field staying for up to two weeks for intensive discussions. This is a standard format for international mathematics research, but RIMS is the only institute in Japan that annually hosts not one but two such projects focusing on mathematics. 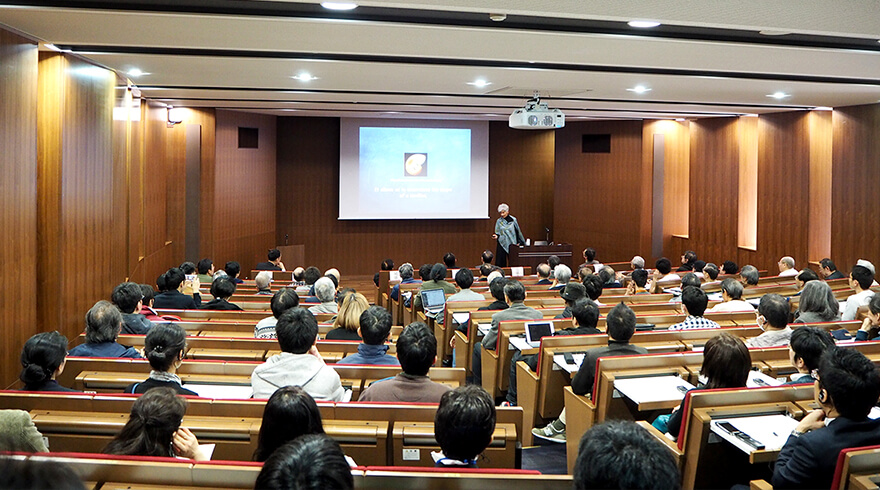 Graduate education at the cutting edge of mathematics

In addition to the research activities of its members and its role as an International Joint Usage/Research Center, one other important aspect of RIMS is its graduate school education. Graduate-level education at the institute has been taking place since 1970, centering on seminar-type instruction in a nearly one-to-one setting. Students are generally free to participate in research workshops of their choosing with high-caliber researchers from other countries. This privileged environment has helped foster excellence in large numbers of young researchers.

Attracting top-notch people leads to high-level research, which in turn helps foster promising young talent. By accelerating this virtuous cycle, RIMS aims to further heighten its global presence. Director Kumagai has expressed his aspiration for the institute thus: "I want RIMS to become a truly international research hub by systematically expanding its partnerships in Japan and worldwide." 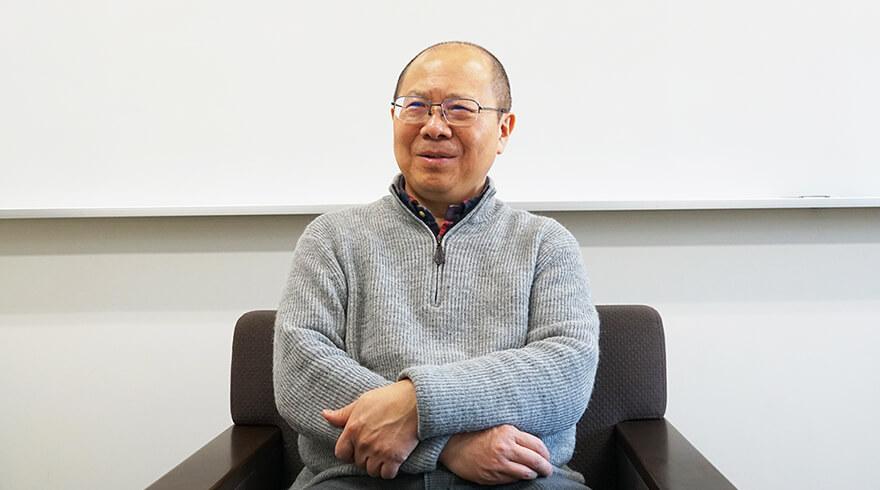 Kyoto University would like to ask for your help in ensuring that its mathematics and mathematical science research will continue to evolve based on unique ideas, unconstrained by external factors. Below is a link to a donation opportunity related to this article, and the University would be most grateful for your consideration of our request for support.