A multidisciplinary community dedicated to uncovering the truth of physical matters

Kyoto University's Institute for Chemical Research, or ICR, was established in 1926 as the University's first attached research institute. Its founding involved cooperation of chemistry-teaching staff across multiple graduate schools, including Science, Engineering, Agriculture, and Medicine. ICR has since continued to evolve as a multidisciplinary community, incorporating physics, biology, informatics, and other fields to cover the breadth of research for which it is known today.

Another hallmark of ICR is that, even while emphasizing basic research, it has always been active in applied research as well. This was true even in the institute's earliest days, when academia-industry collaboration was far less common than it is today. As Director Yoshinobu Tsujii explains, "Our proactive attitude towards applied research is supported by a solid foundation of fundamental research. This has not changed once since the time of our founding." 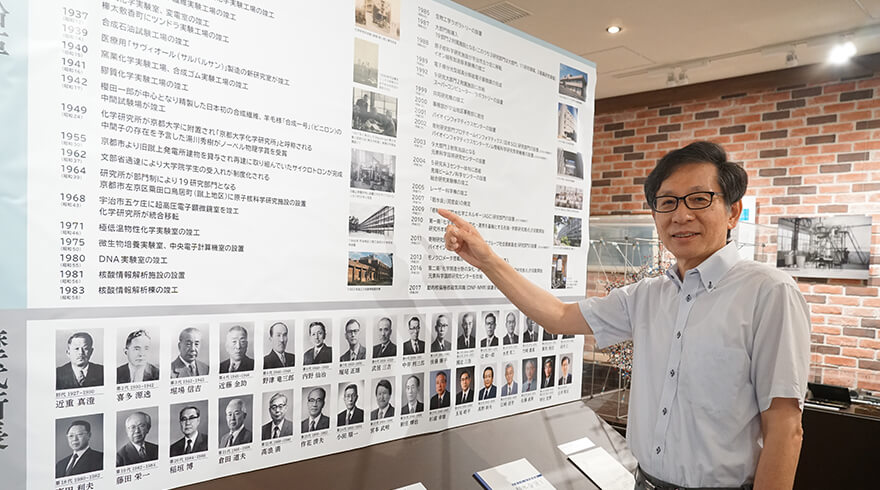 From manufacturing to genetics, achievements of global significance

ICR's long history has yielded numerous achievements of both academic and industrial significance. Before and during World War II, for example, the institute produced a number of inventions that were later recognized as Chemical Heritages by the Chemical Society of Japan, one example being a synthetic-oil production method.

Post-war, ICR has continued to support Japanese manufacturing with its world-leading research, including in crystalized glass and bioceramic artificial bones, which were developed from the former; and in metal oxides, artificial lattices, and other fields that emerged from studies of iron oxide particulates. The institute has also made a number of pioneering achievements in the development and applications of electron microscopes, aiding progress in all the sciences. A notable example in this regard is the development of ultra-high-resolution electron microscopy using electron beam spectroscopy. In the field of gene analysis, ICR has built the Kyoto Encyclopedia of Genes and Genomes (KEGG) as a comprehensive database for bioinformatics research, which combines the life sciences and informatics. KEGG contains data related to genes, proteins, and intermolecular networks integrated together, and is known as the world's largest database of its kind.

One of the current ICR projects attracting widespread attention concerns next-generation solar cells. Specifically, the institute is working on perovskite solar cells, characterized by a light-absorbent layer made of perovskites, which are semiconductor materials with a crystalline structure. Having succeeded in developing high-performance perovskite cells, ICR researchers are now striving to make these and other next-gen devices ready for deployment in society. "At the same time," Tsujii says, "we are also conducting basic research on a variety of unique topics, such as those related to element strategy and metrology. These efforts, too, reflect our strength in fusing multiple fields in ways that can push the cutting edge." 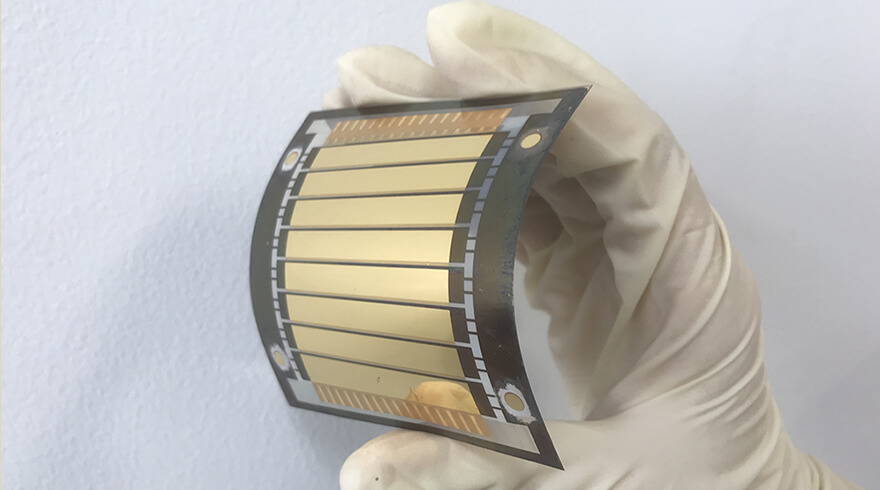 At ICR, studies into perovskite solar cells, known for their superior energy-conversion efficiently, are in full flow.

ICR's ability to pioneer innovative projects through multidisciplinary fusion derives in part from its strong focus on collaboration. The institute was certified in 2010 as a Joint Research/Usage Center, and has since hosted numerous successful collaborations, earning worldwide recognition as a result. The countries and regions represented in such endeavors have steadily increased to now span Asia, North America, and Europe. Looking to the future, Tsujii describes ICR's aspirations thus: "We want to further enhance our hub functions, so that we can broaden and deepen our multidisciplinary cooperation and collaboration, and also to strengthen our ability to communicate our findings to the rest of the world."

Alongside research, social engagement constitutes another key area of activity for ICR. The institute publishes a newsletter, Obaku, to communicate research in an easy-to-understand manner, and operates Hekisui-sha, a multi-purpose facility renovated from a historical building. Located on the Uji campus along with several other ICR facilities, Hekisui-sha houses an exhibition on ICR's history and serves as a meeting venue for local residents. ICR is also active in collaborating with industry, such as through its Uji District Incubation Support Office, whose tasks include facilitating joint use of the institute's diverse resources, and supporting the application and commercialization of research findings.

ICR has constantly created new ideas and technologies by involving fields other than chemistry, including those not immediately related to the discipline. Going forward, its mission will continue to be to blaze new trails, guided by the needs of the times, and to contribute to the solution of the problems faced by the global community. 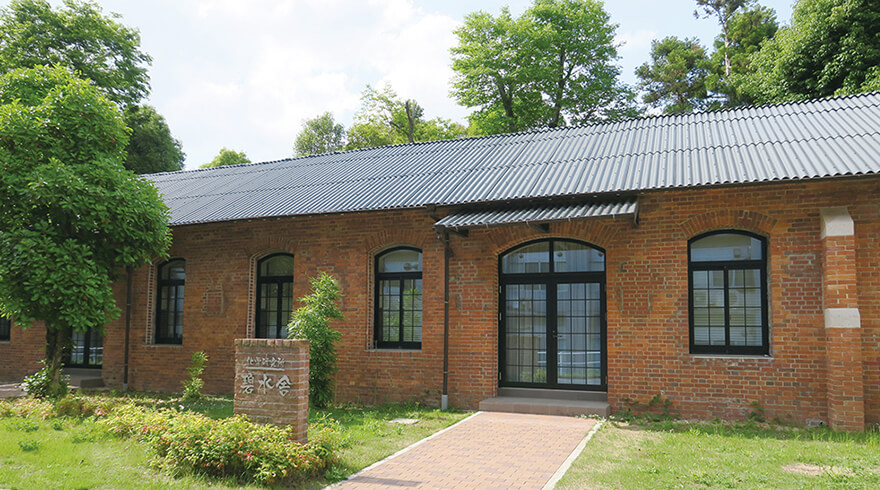 Kyoto University would like to ask for your help in ensuring that its chemistry research will continue to evolve based on unique ideas, unconstrained by external factors. Below is a link to a donation opportunity related to this article, and the University would be most grateful for your consideration of our request for support.