If you want to do applied science, start with the basics

Engineering represents the largest field of study at Kyoto University, encompassing six undergraduate schools and seventeen graduate departments. Professor Masahiro Ohshima, dean of both the Faculty and the Graduate School of Engineering at the time of writing, characterized KyotoU engineering in the following terms.

"Professor Kenichi Fukui, a 1981 Nobel laureate in chemistry, was told in his youth by Professor Genitsu Kita, 'If you want to do applied science, start with the basics.' These words embody the underlying philosophy of engineering research at KyotoU: a belief that, instead of simply trying to make things, we must see what we can do at a fundamental level. It is thanks to this determined spirit that we have developed innovative materials that did not exist before, and original technologies that no one had ever thought of. This way of thinking is deeply ingrained in our culture."

This tradition originated with the founding in September 1897 of the College of Science and Engineering as a part of what was then Kyoto Imperial University, which had opened just three months earlier, and has been handed down by successive generations. Professor Ohshima continued, "We have an ethos of doing things differently from everyone else and not pandering to the expectations of others. It is a culture of taking pride in being seen as unconventional." 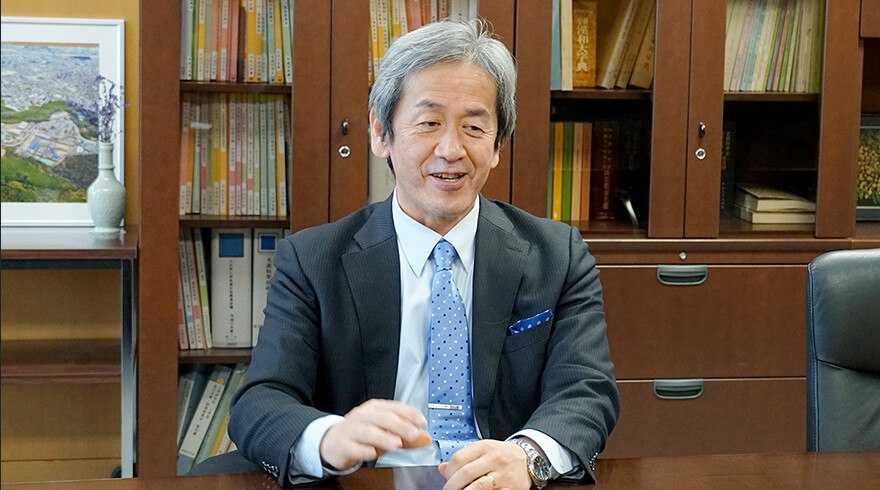 This frontier-oriented culture, with its emphasis on being unique and different, has continued to produce diversity in research. Especially since the implementation from 2003 to 2008 of the 21st Century CoE Program, KyotoU engineering has entailed increasingly frequent collaborations, and has generated and systematized numerous interdisciplinary fields. For example, in 2003, the Graduate School of Engineering established the Katsura Int'tech Center, which is dedicated to interdisciplinary research and the hosting of inter-departmental projects run by the Graduate School's Advanced Engineering Research Center. In education, the Graduate School launched the Integrated Master's-Doctoral Course Program in 2007, and has been participating in the Programs for Leading Graduate Schools since 2011, in which it provides curricula based on newly formed interdisciplinary fields. More recently, in 2019, the Graduate School began offering a doctoral program on Innovation of Advanced Photonic and Electronic Devices, with support from MEXT provided under its Doctoral Program for World-leading Innovative & Smart Education (WISE Program), which promotes collaborative research between universities, research institutions, and businesses in Japan and overseas. The Innovation program features a vertically integrated, interdisciplinary education that, while focusing on photonic and electronic devices, encompasses everything from fundamental physical theories to the management and application of systems and information. 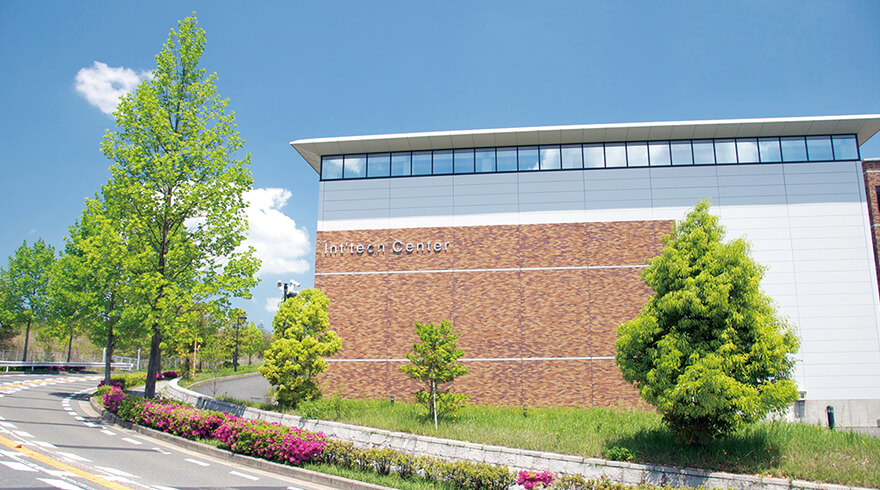 Another characteristic of KyotoU engineering is its close partnership with industry. In 2005, the Graduate School of Engineering adopted a policy of organizational collaboration, enabling it to work with businesses organization-to-organization. Under this policy, the Graduate School has recently begun collaborating with Mitsubishi Electric Corporation in robot intelligence technology for next-generation cellular manufacturing. With KyotoU researchers from three mechanics-related engineering departments and other Graduate Schools taking part, the project is continuing to expand after yielding numerous successful results. In another multi-sector collaboration, in 2006, the Graduate School partnered with Canon Inc. for a ten-year Innovative Techno-Hub for Integrated Medical Bio-imaging (the CK Project), which spanned medicine, engineering, and informatics, significantly accelerating the growth and evolution of fields combining medicine and engineering at KyotoU.

Regarding future collaboration with industry, Professor Ohshima commented, "What we should do as a university are things that take time-things that others cannot be done elsewhere. Accordingly, rather than seeking short-term solutions, we must concentrate on identifying the fundamentals and organizing our insights in ways that can spark innovation."

Improving the state of society is another goal to which engineering can contribute. KyotoU engineering researchers are committed to serving society by collaborating and co-developing with a greater diversity of people. This is particularly true for fields such as civil engineering and social engineering, which study national and societal structures in terms of both their tangible and intangible aspects. Another example is architecture, which involves designing buildings with people's lifestyles and the characteristics of communities and cities in mind. Examples of the initiatives that the Graduate School of Engineering has undertaken in this regard include the establishment, in 2011, of an inter-departmental Resilience Research Unit, a joint project with the Graduate School of Human and Environmental Studies and the Disaster Prevention Research Institute (DPRI). The unit promoted research on the abilities of communities, cities, and countries to overcome and recover from emergencies such as large-scale natural disasters and economic crises. The results it produced helped formulate concrete policy recommendations, and so it was reorganized in 2016, based on these achievements, into the Resilience Jissen Unit (Resilience Practice Unit). Additionally, the KyotoU research faculty includes a number of prominent architects and other professionals who are pursuing research and practice in parallel with each other.

A campus open to the community

KyotoU's home of engineering is Katsura Campus, which opened in 2003 in a hilly area at the foot of the Nishiyama mountain range in Kyoto's Nishikyo Ward. The property consists of an array of facilities and buildings efficiently arranged on a sprawling area twenty-seven times the size of the Hanshin Koshien baseball stadium. The 'Techno-Science Hill', as the campus is affectionately called, boasts superb views and features the newly constructed Katsura Library. The library was inaugurated in April 2020 with an extensive collection of science and engineering publications and a capacity of 500,000 volumes. The facility is designed to be accessible and attractive to members of the local community as well, with a rich selection of general-audience books in stock to encourage an interest in science. 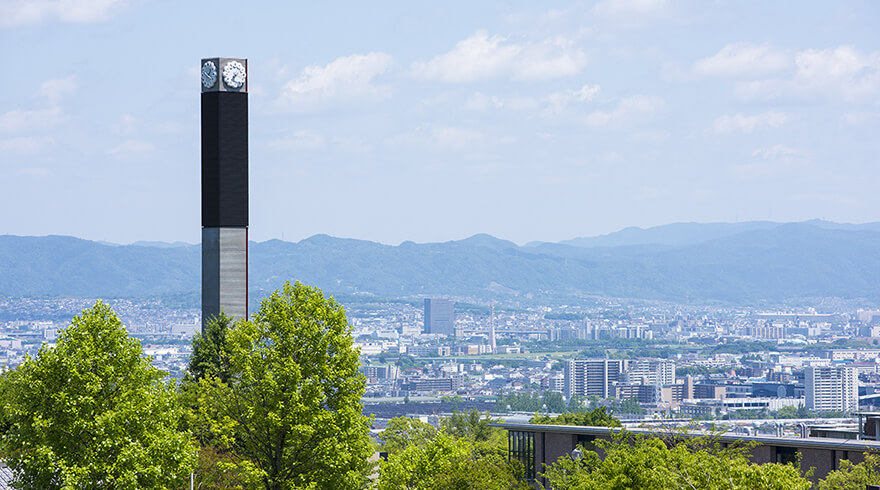 Looking ahead, KyotoU's engineering researchers intend to continue taking on new challenges for the future of society and humanity. Their ambitions include developing technologies that offer not just functionality but also aesthetic and emotional value, so that they can resonate with users in profound ways. Another concept they are working on is a system-based engineering approach, which takes into account factors such as energy requirements and environmental impacts. Professor Ohshima concluded, "Keeping a long-term vision, we want to realize an organization that enables us to act strategically and flexibly." KyotoU engineering is anticipated to keep evolving over the coming years, as new generations of trailblazers build on its tradition of exploring and uncovering the truth and fundamentals.

Kyoto University would like to ask for your help in ensuring that KyotoU engineering will continue to evolve based on unique ideas, unconstrained by external factors. Below is a link to a donation opportunity related to this article, and the University would be most grateful for your consideration of our request for support.