The KyotoU 125th anniversary logo was selected from a great number of entries received through a public competition. The University would like to take this opportunity to thank all those who participated in or otherwise supported the project.
The winning design, selected after careful consideration, was from Mr Tomohiko Muranaga, a graphic designer at P&M Co. Ltd.

Kyoto University hosted an award ceremony 27 May to present Mr Muranaga with a certificate and a prize, both bestowed by President Juichi Yamagiwa. Following the presentation, the two were joined by Mr Masanobu Morita, executive vice-president for general affairs and personnel, to discuss the concept behind the logo and plans for the anniversary. 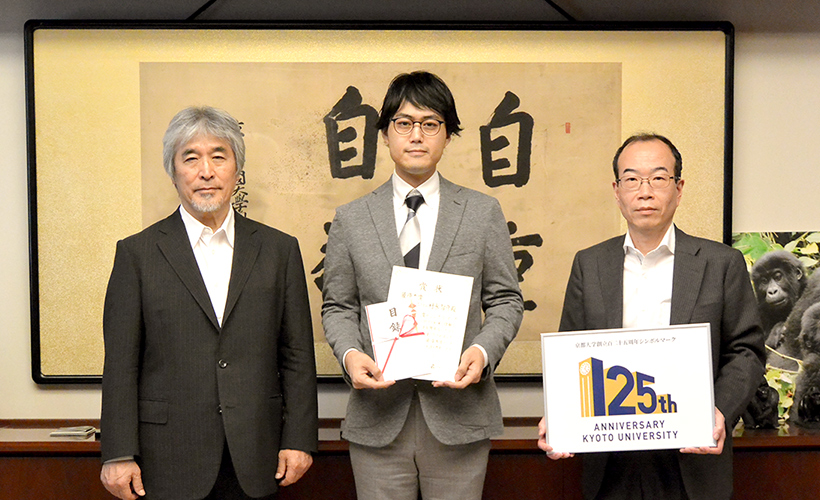 Comments from the designer

"I am extremely honored to see my work selected to serve as the symbol of Kyoto University's 125th anniversary.
As a graphic designer born and raised in Kyoto, I feel that it is a tremendous honor to be able to take part in the University's long-established history in this manner.
I also deeply appreciate the added motivation this experience has given me to continuously hone my design style."

Kyoto University intends to use this symbol in a wide variety of media — including business cards, publications, and websites — throughout the period cerebrating the anniversary.