Taking inspiration from the anniversary slogan "Kyodai-ryoku, Shin-kiten", this new series highlights alumni who embody the idea of kiten in all its meanings: those who are innovators (起点: points of origin), who dare to defy convention (機転: flexibility, creativity, or resourcefulness), and who, through so doing, shine brightly (輝点: points of radiance) in their respective fields of endeavor.

The inaugural episode features robot creator Tomotaka Takahashi (Faculty of Engineering 2003), who developed multiple robots while still a student and then launched a business within the University upon graduation. In the interview, Takahashi outlines the beginnings of his career at KyotoU, and shares his vision for the future of smart devices. 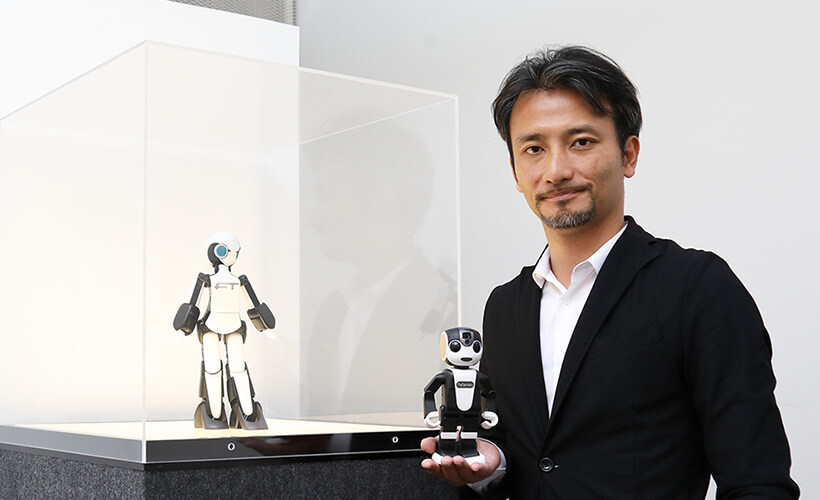