HOME > KyotoU's Shin-kiten > 01 How I Became a Robot Creator: Pursuit and Challenge of What I was absorbed in 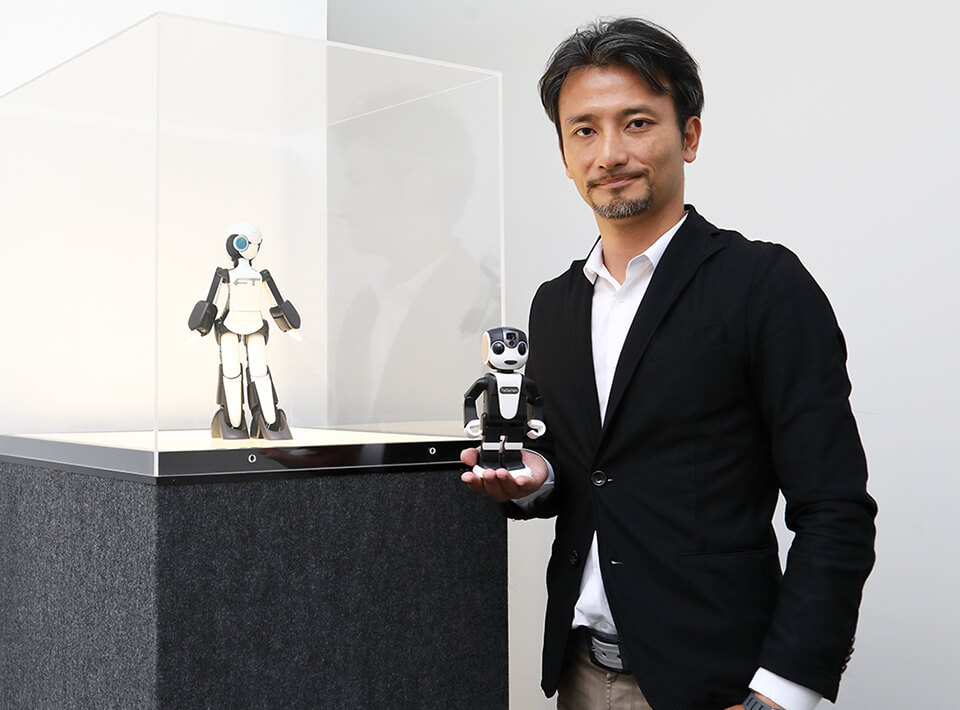 Born in 1975 in Kyoto prefecture and raised in Otsu city, Shiga prefecture. Graduated from the Undergraduate School of Engineering Science, Kyoto University in 2003 and established Robo Garage Co., Ltd at the same time, the first venture project on the campus of Kyoto University. He has won the RoboCup for five consecutive years. Takahashi was selected by Time Magazine for its "Coolest Inventions, 2004" and by Popular Science Magazine as "33 Persons changing the future." The robots he has developed have obtained four Guinness World Records. Takahashi is a Research Associate Professor of the University of Tokyo, a Visiting Professor at Osaka Electro-Communication University, an outside director at Globeride, Inc., a board member at MarineX, and works at the Robot School at Human Academy, among others.

The Path to the First Venture Project on the Campus: the individual way of creation by giving a shape to insight

After graduating from a private university studying humanities, I was unsuccessful in finding a job. But in order to fulfill my childhood dream of making robots, I entered the Engineering Science division, Undergraduate School of Engineering, Kyoto University after one year of studying alone.

I started to study how to make robots at the same time as when I entered university. First, in order to make a robot walk I came up to this idea that a robot had electromagnets on its feet and walked on metal plates by magnetic forces. The finished robot was better than I expected, and, after consulting with the on-campus patent office, it was finally made into a commercial product by a toy maker with the help of TLO.

In the following years I kept introducing some more robots and I decided to start a company in fourth year. The Vice-President at the time, Prof. Matsushige established Kyoto University Venture Incubation Center (KUVIC), and after graduation, I established Robo Garage as the first venture project.

** Kansai TLO was established with the purpose of contributing intellectual property of various universities including Kyoto University to society through technology transfers, etc…

The Future I Wish to Create is for Human and Robots: a robot as a future smartphone

I aim for "a future where each person will own a robot." I believe the future of smartphones will be a compact communication robot like a "RoBoHoN." Our current development project is about creating devices that can appeal to human sensibility and emotion, using current smartphone technology and business models with supply chains. This will go beyond just being a tool as the robots can appeal to affection, trust, and share experiences, thereby changing the relationship between humans and machines and humans and information. 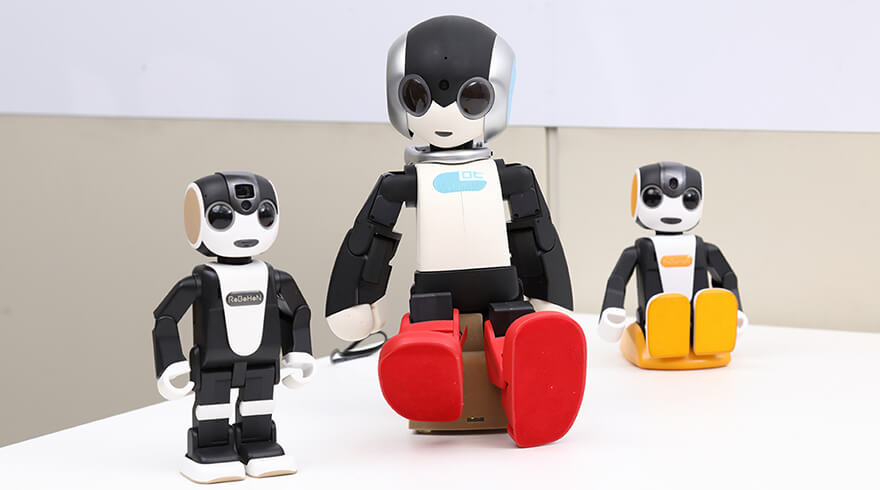