HOME > KyotoU's Shin-kiten > 02 My Efforts as Successor to a Long-Established Kyoto Confectioner: Preserving Culture with Consideration for Things and Experiences Passed Down over a Century 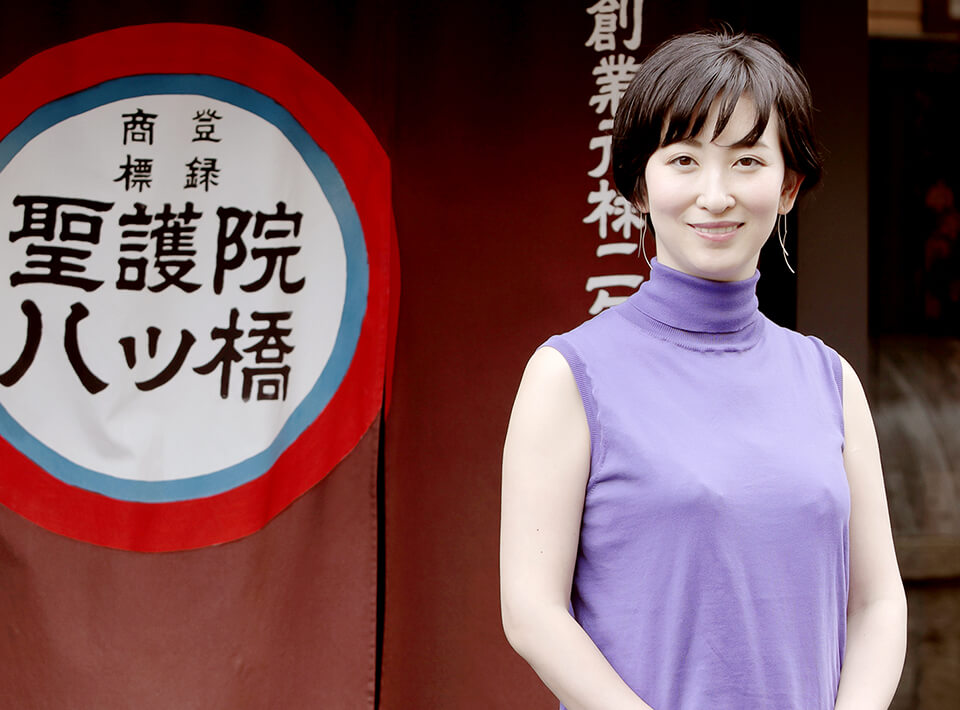 Ms Suzuka was born in Kyoto in 1982 to a family running a traditional Japanese confectionery, Shogoin Yatsuhashi Sohonten, founded over 300 years ago. While a student at the KyotoU Faculty of Economics, she went to study at the University of California, San Diego Extension, where she completed a pre-MBA program. In 2005, she graduated from Kyoto University and went to work at a credit research company, which she eventually left to join the family business. She has been running Shogoin Yatsuhashi Sohonten since 2011 as managing director.

Writing a book with a professor, studying abroad — thriving in freedom and seizing opportunities to broaden the outlook and expand horizons

My childhood home was located near the family business, where I often stopped by and helped make yatsuhashi (a type of confection). Growing up this way, for as long as I can remember, I simply assumed that I would eventually take over the confectionary business. People around me also seemed to view me as the natural heir.

Our family home was also close to Kyoto University, so I was well acquainted with its people and atmosphere. Even as a child, I was fascinated by what seemed like such an open and fun university. My subsequent experiences as a KyotoU student confirmed this impression. At the same time, however, I realized that freedom, a major part of the University's academic tradition, demanded initiative and responsibility on the part of the student. Recognizing this, I strove to take hold of every opportunity to broaden my outlook and horizons. These included going to the United States for pre-MBA studies, and working with Professor Toshiaki Tachibanaki and classmates on a seminar project to write a book, which was later published as Datsu Freeta Shakai (Breaking Free of the Job Hopper Society). 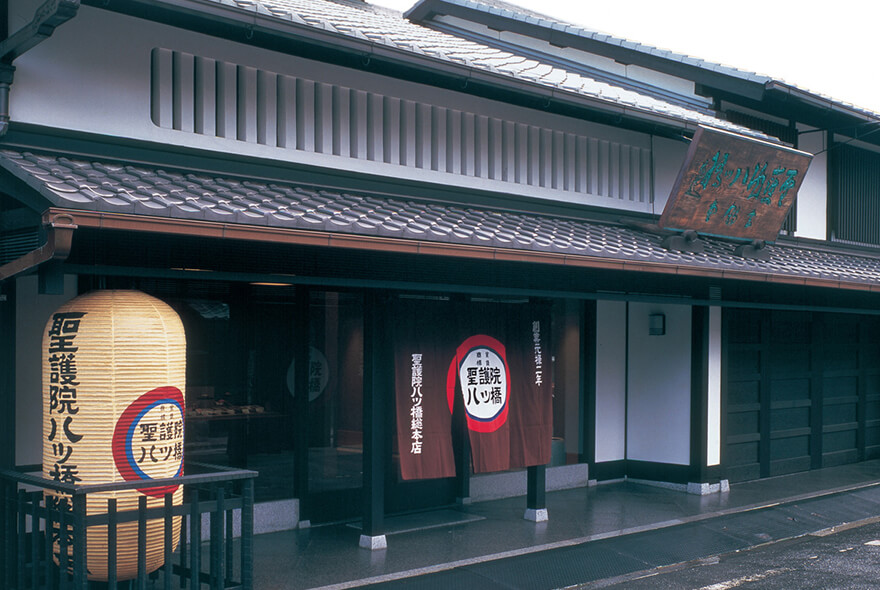 New brand nikiniki to propel yatsuhashi into the next century

In 2011, after I joined Shogoin Yatsuhashi Sohonten, the company launched a new brand of unbaked yatsuhashi, nikiniki. I put a lot of effort into this launching. Yatsuhashi are popular as tourist souvenirs, but locals tend to have relatively few opportunities to enjoy them. The fact, however, is that they have survived for over three centuries as delectable sweets, enjoyed by generation after generation of people. Still, there is no guarantee that they will be around for another 100 years; their survival depends on more and more people discovering and appreciating their taste. Our goal with nikiniki is to introduce a wider audience, including local youths, to the taste of yatsuhashi. 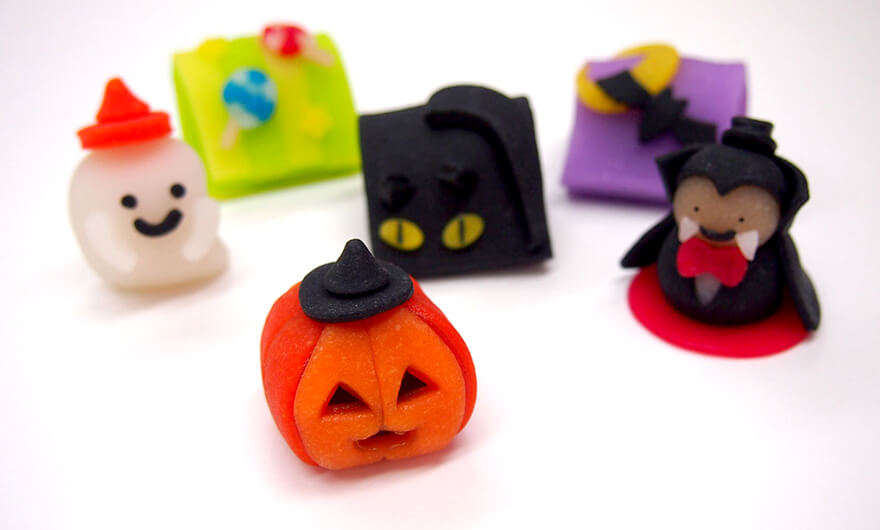 Our core mission at Shogoin Yatsuhashi Sohonten is to ensure the survival of yatsuhashi as a confection. Therefore, even while being agile in responding to changes and opportunities, we have always given highest priority to keeping our yatsuhashi business alive. I think that just as Kyoto University has remained an education and research institution for the past 125 years, each company must strive to stay true to its primary essence and identity.

Looking to the future, I hope that the University will continue to retain its distinguishing features — diversity, freedom, and of course, first-rate faculty — which I think are what give its students the freedom to learn and to explore their potential.

The KyotoU Faculty of Economics, where Kanako Suzuka studied, marked its centennial year in 2019. As part of the celebrations, the school has been collecting donations to further enhance its education and research environment. The Faculty of Economics would appreciate any support you may be able to offer via its Centennial Fund.